Sight-seeing by the Seaside 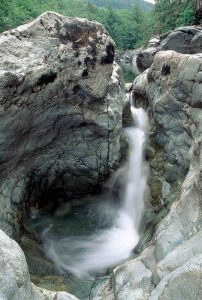 Pot holes are a pain, but in Sooke the Pot Holes top every list of must-see sights. Carved out during the last ice age, the unique rock formation of Sooke Potholes Provincial Park draws crowds year-round. The park boasts a multitude of trails that weave through the area, along the water’s edge as well as up through the peaks high above the rock pools, creating a haven for hikers, outdoor enthusiasts, and furry, four-legged companions.

Anyone without paws traversing the trails should be aware that the rocks in the region can become quite slippery when they are wet, so park explorers are cautioned to watch their step near steep drop-offs. 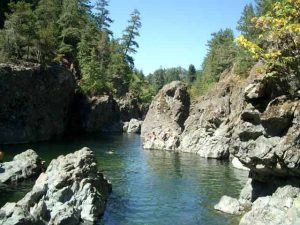 During the summer months, the Pot Holes are packed with swimmers, sun-bathers, and daredevil cliff-jumpers, so the winter months are the perfect time to explore the area in solace. The park offers a multitude of different features to explore, including waterfalls and tributaries, and endless spots perfect for a picnic, so pack a basket and grab your favourite two or four-legged lunch companion and make a day of it.

For inlanders looking for something a little saltier, Whiffin Spit is the perfect place to enjoy a peaceful piece of ocean. Named for Royal Navy Clerk John George Whiffin who served aboard the HMS Herald when the ship and crew surveyed the Sooke inlet in 1846, Whiffin Spit is situated between Sooke Harbour and the Juan de Fuca Strait, boasting an expansive, picturesque view. 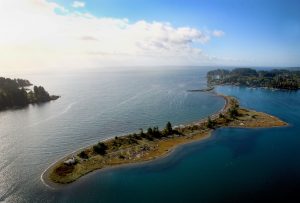 Though the breathtaking ocean view is certainly worth the trip, it isn’t the only reason Whiffin Spit tops Sooke’s sights to see. Along the thirty minute walk to the tip, Washington State’s Olympic Mountain becomes visible, and late-afternoon stragglers are treated to indescribably beautiful sunsets – proof that the early bird doesn’t always get the worm.

Whether you’re an early bird or not, you’ll be in good company at Whiffin Spit. An estimated five hundred different types of birds can be found in the area – some only seasonally but others year-round. Among these feathered fliers are the Bald Eagle, South American Owl, Canadian Goose, and a variety of ducks, heron, swan, and quail. Splashing around in the water are some of the area’s permanent residents, including sea lions, seals, and the ever-popular otter, so don’t forget your camera! 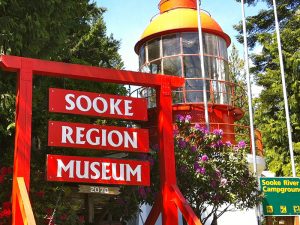 Sooke is abundant in natural beauty, but the seaside community also boasts a rich historical background. Anyone looking to learn more about how Sooke became such a well-known west-coast wonder can head to the Sooke Region Museum, which is a must-see sight in its’ own right.

Alongside artifacts and displays, the museum also houses both the oldest standing pioneer home west of Victoria and the lighthouse that originally stood on the Northern tip of Vancouver Island. Though difficult to believe, the picturesque western coastline of the island was once referred to as the “Graveyard of the Pacific”, and the lighthouse that now stands on museum land was one of many built to reduce shipwrecks during colonization, which due to frequent storms, heavy fog and currents, and the rugged shoreline, were commonplace.

Today Sooke is a mecca of natural beauty grown into being through determination and adversity. To stand at Sooke’s serene water’s edge is to stand at the edge of a rainbow after a storm. Sooke’s coastal playground was borne from fierce storms and splintered ships, and it’s just waiting to be explored. Book your Sooke accommodations with us and start your adventure!

THE FINEST MARINA IN SOOKE 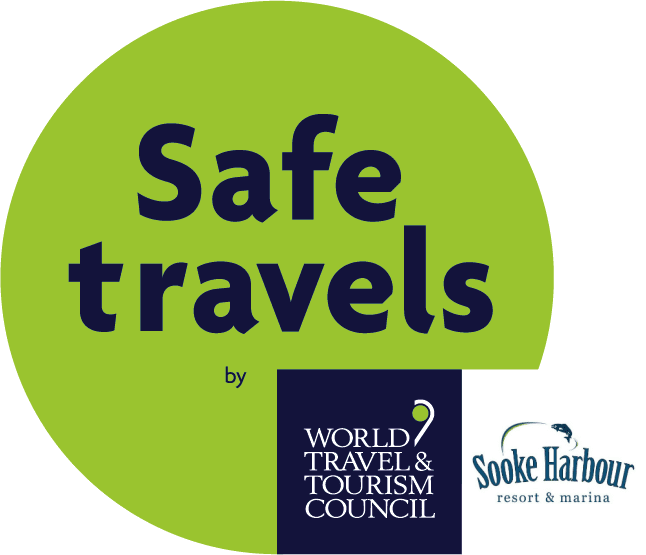